This is the first in a series of articles that will describe what we find out about microbats in Bayside using the Anabat bat detectors loaned to us byARCUE. 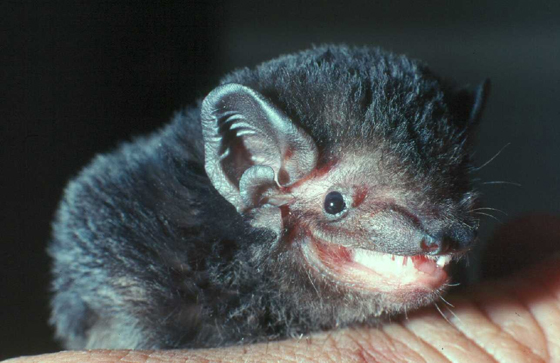 What we are doing, and why, was explained previously in An Anabat Overview.

We are, of course, amateurs at identifying the species of a bat call. Despite that, some are easy to identify once you have learnt what to look for. We use theBat Call Identification Assistant to narrow the options for each bat call, but are often faced with a difficult choice between a short list of possible species for a given call.

After downloading the data files from the Anabat, each is opened using the Analookw software. Any that is obviously not a bat call is deleted. If the call is easy to identify (most of the calls made by Gould's Wattled Bat Chalinolobus gouldii and White-striped Freetail Bat Tadarida australis) then it is quickly labelled as such. Other calls are often easy to narrow down to two or three species, but deciding amongst that short list is often difficult, especially when the call is not of perfect quality.

Of the more than 5,700 data files processed, only about 1,700 contain bat calls. Some files contain calls of multiple species of bat, showing that they were flying in mixed groups. The most common species by far is Gould's Wattled Bat, with Little Forest Bat second.

Some of these identifications are in doubt. In particular, the identification ofMormopterus species is very difficult. We have relied on a filter supplied to us by ARCUE, but ARCUE say that the filter is not reliable. It seems it is intended more to help the experienced identifier, rather than conclusively separate Mormopterus from other species.

These results should not be taken as the final word on how many of what species of microbat may be found in Bayside. Most use of the detectors was around sunset and an hour or two afterwards: fewer people went looking for bats later in the night. Also, as the nights got colder less people used the detectors. Despite this, we still have a large body of data we can use to learn more about microbats in Bayside.

We are still analysing these results, comparing with location, time of night, phase of moon and other variables so we can learn more about our bats preferences. Future reports will include these results.