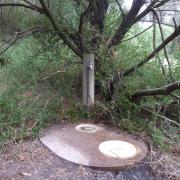 Take road south from Rickett's Point Teahouse to unmade section just south of toilet block on the east side 25m east from grassed area in bushy area under casaurina. 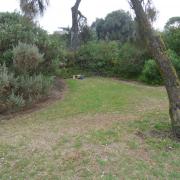 Take road south from Rickett's Point Teahouse on bitumen, on the east side of the car park in a garden bed. Opposite fourth lamppost to right (i.e. north) of dead stump in garden bed. Enter the right hand side of salt bush.

There are two bowls under a coastal wattle, one shallow, one deep. Clear away leaves and soil from the concrete the bowls are set in. 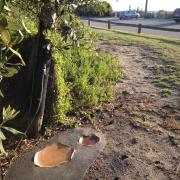 Take road south from teahouse on bitumen, opposite second lamp post with a light, on the east side of the car park beside a fence post covered in tetragonia (N.Z. spinach) and under a coastal banksia. Two shallow pottery bowls. 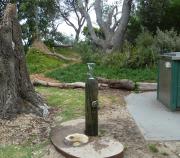 North of Ricketts Point Teahouse at barbecue. One bowl under a drinking fountain and tap needing repair. Use bottle filled from next barbecue site or carry a filled bottle. 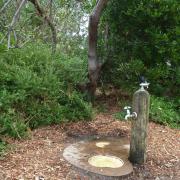 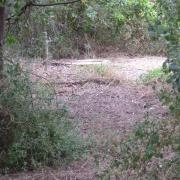 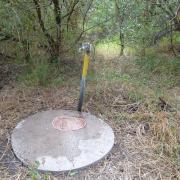 Under sheoak and boobialla/acacias to the east of the cliff top path, opposite a timber seat. 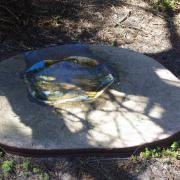 North of Royal Avenue on east side of track. 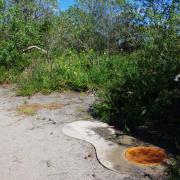 100m south of B11 car park, just south of Tennyson St along the track on the west side.

Useful to have a bottle as tap not quite over the bowl. One shallow natural pottery bowl and shallow extended concrete which dries out due to low seaberry saltbush (Ragodia) with a medium boobialla to the north and west. 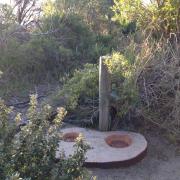 100m south of Sims Street and Sandy Beach car park B11.  Along coastal track on the west side. Can access from path opposite 131 Beach Rd. Bowls are 40m north of waterbowl no. 9. 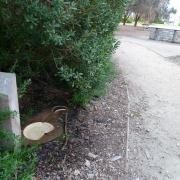 North of B11 car park opposite centre of 122 Beach Rd 10m south of BBQ in picnic ground along the track on the west side.

One shallow natural pottery bowl and one small bowl in among bushes on west side of track. 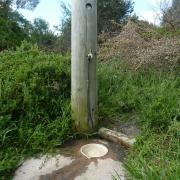 From Abbott Street car park B8 just north on pathway, diverts to nearer fence along clifftop, under lamppost (end of powerline).

May require bottle of water. One white circular shallow dish. 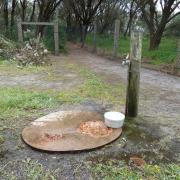 Jetty Road car park B9 at south side of Jetty Rd on east side of car park in picnic area (at east end). One large patterned and 1 small patterned kidney dish; useful to have a bottle to fill up.

14. On Jetty Road north side 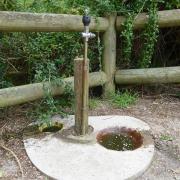 On Jetty Road north side and just west of car park B9. Under drinking tap (not working), therefore need bottle of water (there are several other water bowl points nearby). 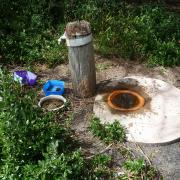 North of Jetty Road along cliff top path then into shrubs to west of clifftop path before fence begins (also west of Trey Bit Reserve south of bowl No.12).

Some plastic dog bowls too. 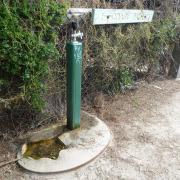 North of Jetty Road on clifftop path on west side of Trey Bit Reserve. 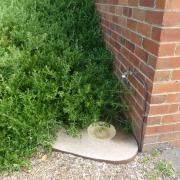 On southeast corner of red brick building on south side of park near bike path.

Can become overgrown. Cream bowl under tap of medium depth 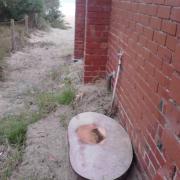 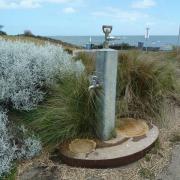 South end of lawn beside grasses and triplex.

Two bowls-small cream bowl of medium depth under tap and drinking fountain - need bottle to fill. Large shallow cream bowl which is above small one. 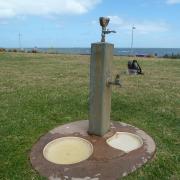 Brighton Baths at top of grass lawn near pathway from Baths heading southeast to Beach Road.

One bowl under drinking fountain. Needs bottle to help fill.